More than half of fleets expect costs to increase post-Brexit

The conclusion contrasts with an earlier poll in March 2016 where close to the same number (61%) of respondents believed there would be no negative effect on fleet costs.

A further poll – before the referendum – suggested more than half of fleet operators wanted the UK to leave the EU, with the number backing Brexit significantly higher than the score for remain (51.6% vs 42.8%).

Fleet decision-makers say they lack clear guidance on how to best prepare for the consequences of Brexit, as current talks appear to show little sign of agreement over the UK’s future trade relationships with the EU.

Since Fleet News first guaged audience opinion, trade body Society of Motor Manufacturers and Traders (SMMT) has expressed concern at uncertainty over the future trading structure with the bloc, as well as the impact of tariffs on goods crossing EU borders with the UK post-Brexit should the Government walk away from talks without a deal.

Not only would this potentially increase the cost of new vehicles, especially those imported to the UK, it would also make UK-built vehicles more expensive for foreign customers, dramatically affecting the competitiveness, and therefore the viability, of UK car plants. 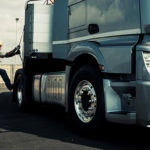 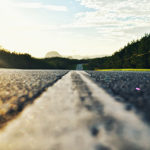 More than half of fleets expect costs to increase post-Brexit

See all the news