The Changing World of OBD

Many of us will be familiar with the term ‘OBD’ and to a greater or lesser extent we will have seen first-hand how it works, allow me to explain:

My car recently broke-down on a busy dual carriageway near Cambridge, I limped to the first safe parking place and called for roadside assistance. Fortunately, for me, such incidents are rare and it had been many years since I last had to call for emergency help. Based on my last experience I fully expected the technician, when he arrived, to spend most of his time with his head under the bonnet and screwdriver in hand. It therefore came as a real surprise that for the first fifteen minutes he spent no time looking at my car and simply sat in his cab studying a handheld instrument. This ‘remote’ diagnosis revealed that my vehicle had eight faults, two of which might have been responsible for the break-down, and all this information was available without anyone having to touch the car!

Whilst I have long been familiar, and at times alarmed, by the increasing number of warning lights provided by car manufacturers, the car break-down represented my first real experience of the extent to which OBD is being used to manage vehicles.

OBD stands for On Board Diagnostics and is a term used in the automotive industry to describe a vehicle’s self-diagnostic and reporting capability. As technology has advanced, OBD systems moved beyond providing a driver with simple malfunction indicator lights to giving the vehicle owner or repairer access to the status of the various vehicle subsystems via a series of diagnostic trouble codes. This facility allows for the rapid identification and remedy of problems and has revolutionised the way in which vehicles are maintained and repaired.

In the early 2000s, a new industry-standard version of OBD known as OBD 11 became established. This protocol encompassed an increasingly wide range of capabilities and involved a single device being used to interrogate a vehicle’s on board computer. This interface is made possible via a ‘connection’ through a port within the vehicle known as a Data Link Connector.

The latest OBD 11 systems dispense with the need to use a Data Link Connector to obtain information and allow vehicle diagnostics to be transmitted directly to the internet through a wireless connection. This totally remote access opens a wide range of new applications, not least in the area of telematics. Such information becomes even more powerful when combined with GPS data.

As examples, information provided by OBD 11 can provide fleet operators with the ability to monitor the fuel efficiency of their vehicles as well as being able to remotely diagnose malfunctions to ensure remedial action is taken ahead of costly break-downs. A further example is being able to monitor driver performance including engine idling times, speeding, over-revving and use of a mobile ‘phone whist driving. Detailed analysis of trip data can also be used to reduce insurance costs where such costs are determined by the amount of time a vehicle is in use.

As well as being of real use in fleet management, the competences of OBD 11 have extended into legislation. This is because OBD 11 introduced the capability to monitor and test vehicle emissions leading to it becoming a legal requirement for new vehicles in many jurisdictions, including the EU through EOBD (European On Board Diagnostics) legislation. A testing computer, as used in UK vehicle MOT tests, is used to analyse data from an onboard computer to confirm that there are no emission related trouble codes and that the vehicle meets its required emission standards.

In the world of HGV, new European regulations relating to higher emission standards come into effect from 1 September 2019. The regulation concerned is known as Euro-6 Step D regulation and will be enforced using vehicle OBD systems. Truck manufacturers are now in the process of ensuring their engines will be compliant with the new regulation and this will include making software enhancements and adding sensors to existing OBD systems to ensure that exhaust emissions are properly stored and measured.

As in every other walk of life ‘big data’ and ‘the internet of things’ are transforming the way in which vehicles are driven and managed. This makes it essential for fleet operators to ensure OBD capability is a key factor when planning fleet upgrades. 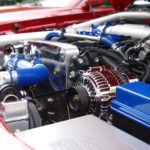 The Changing World of OBD 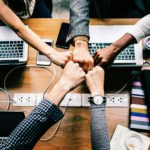 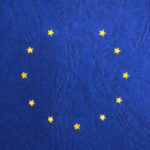 uk economy
See all the news